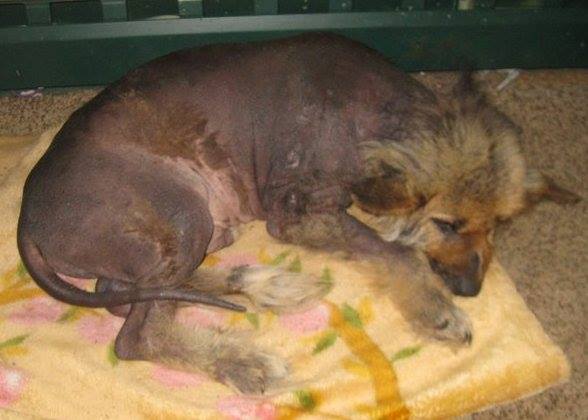 This is a very controversial area and probably comes from old veterinary reference books which generally mention a life span for dwarf dogs of approximately 3-4 years. This estimate is what I was given when my own dog was first diagnosed with PD and could only have been a best guess on their part at the time because no significant data was available. The only source that had been able to  give a reasonable statistical estimate is from data collected from the University of Utrecht because of the numbers they have dealt with. The average age is 4 to 5 years but even this is a﻿﻿﻿ best guess based on a﻿﻿﻿ relatively small sample in comparison to the global population of dwarf dogs.

There is such a wide range of ages that it would in my opinion be impossible to give a truly good estimate as you can in normal healthy dog (average life span for each breed). Each dwarf dog produces varying amounts of hormones which are crucial to their well being and because there is such a wide variation, estimating an individual's average age is extremely difficult because of the lack of valid scientific statistical data which needs to confirms age and cause of death. While it is true that many dogs have only lived a very short life of 1-2 years, equally there are a small number which have lived to 13 years of age even untreated dogs good even for a normal GSD. The average age based on the University of Utrecht's figures gained from over 20 years of study in Europe gives an untreated dwarf with low hormone levels an average life span of 4 - 5 years, treated the life span should be improved. My own dwarf lived to 7 years of age ( no available treatment at that time), many others also untreated have lived well beyond this so it is very difficult to tell and a question that is not easy to answer.